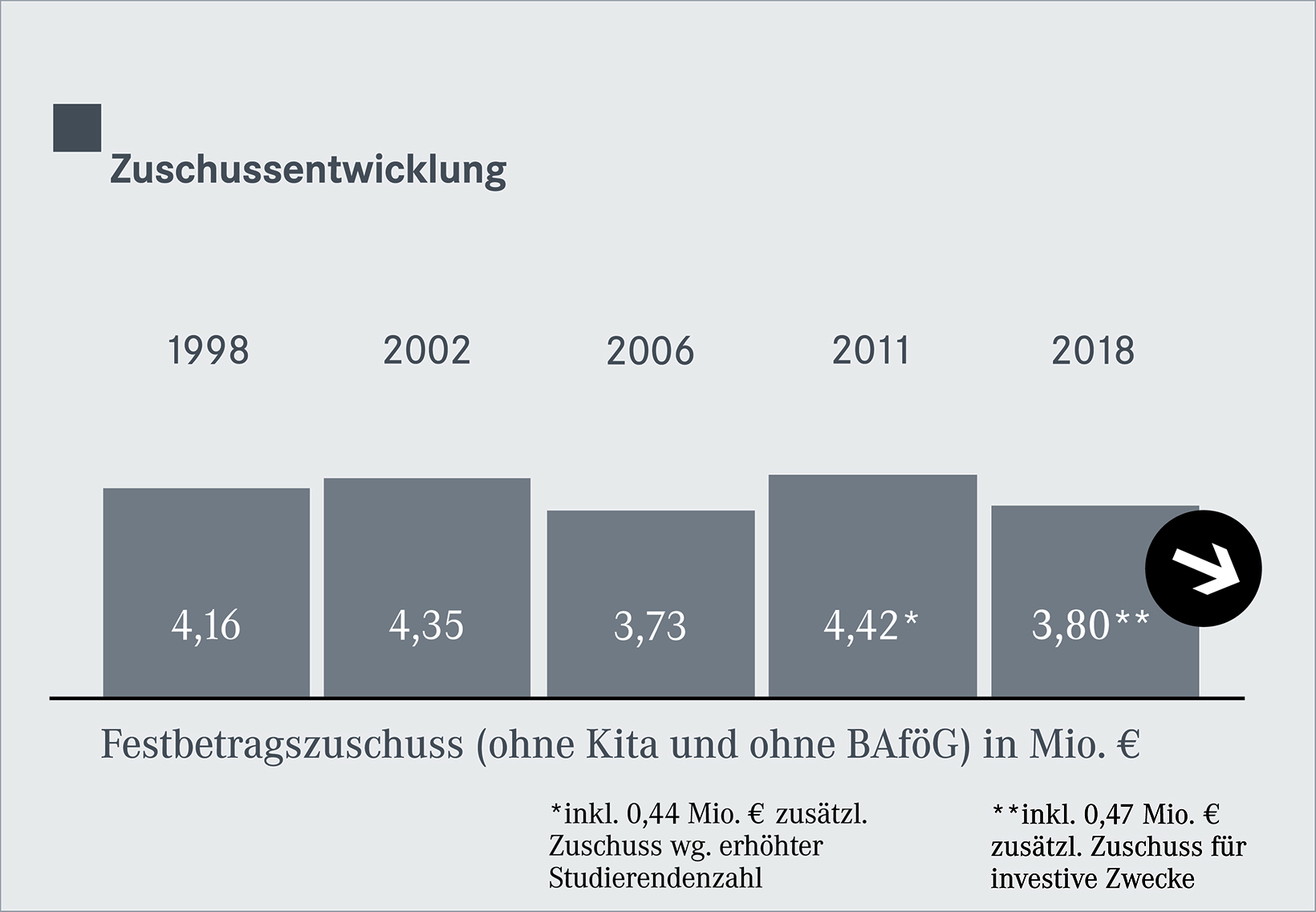 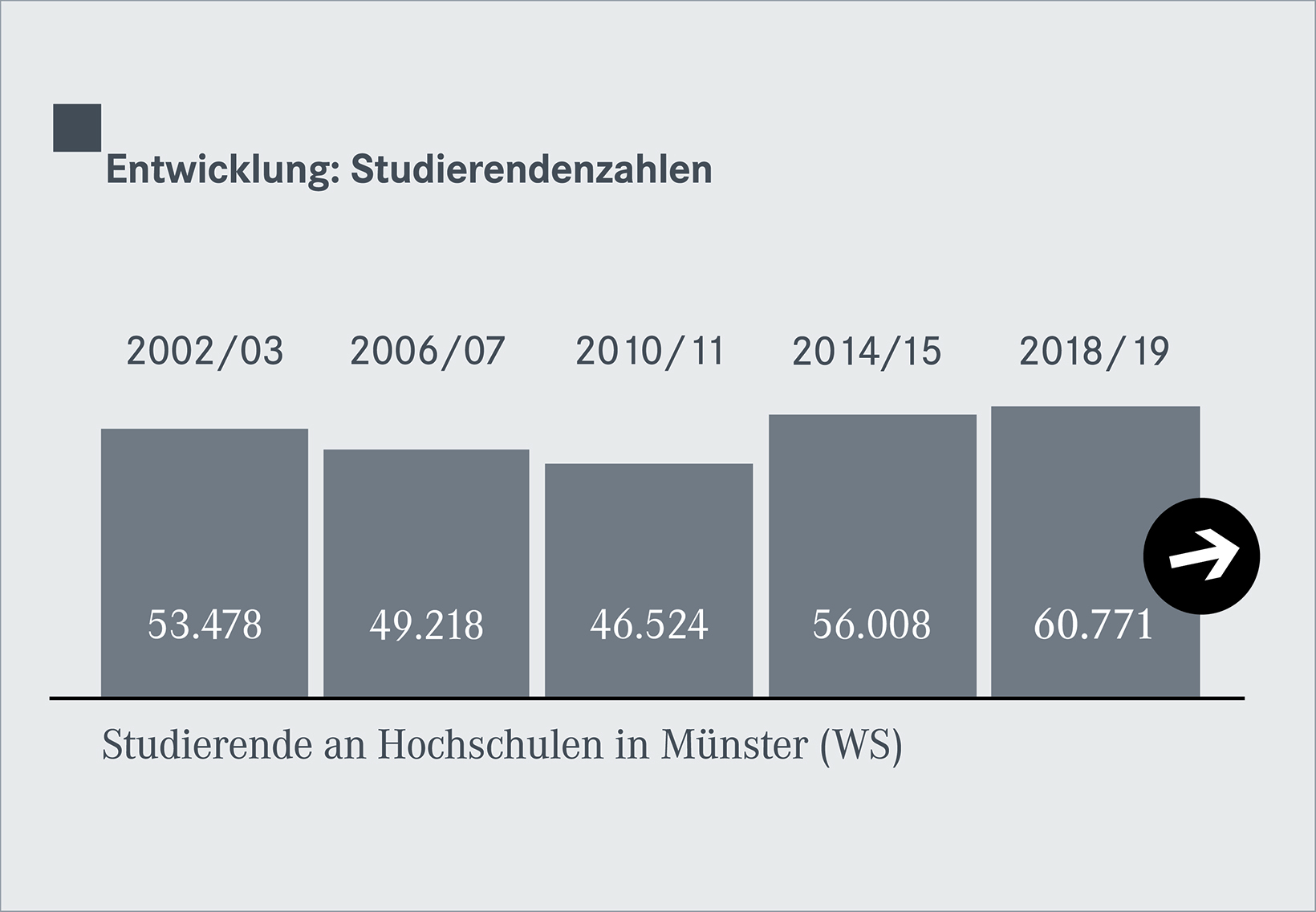 The development of the number of students is an important factor not only for the design of the services offered in our canteens, bistros and the student residences, but also for the economic planning of the Student Support Services. This is because the students also co-finance the services they use proportionally through the social contribution they have to pay. Currently – as of November 2019 – the amount of the social contribution every student in Münster has to pay per semester is € 99,11.

Students in an economically weaker situation are particularly dependent on the social services provided by the Student Support Services. The development of the social contribution – which is also to be understood as a solidarity contribution which must be paid by all enrolled students – shows a change since the mid-90s. It has become clear that the students, not only in Münster, are increasingly involved in the financing of these services. 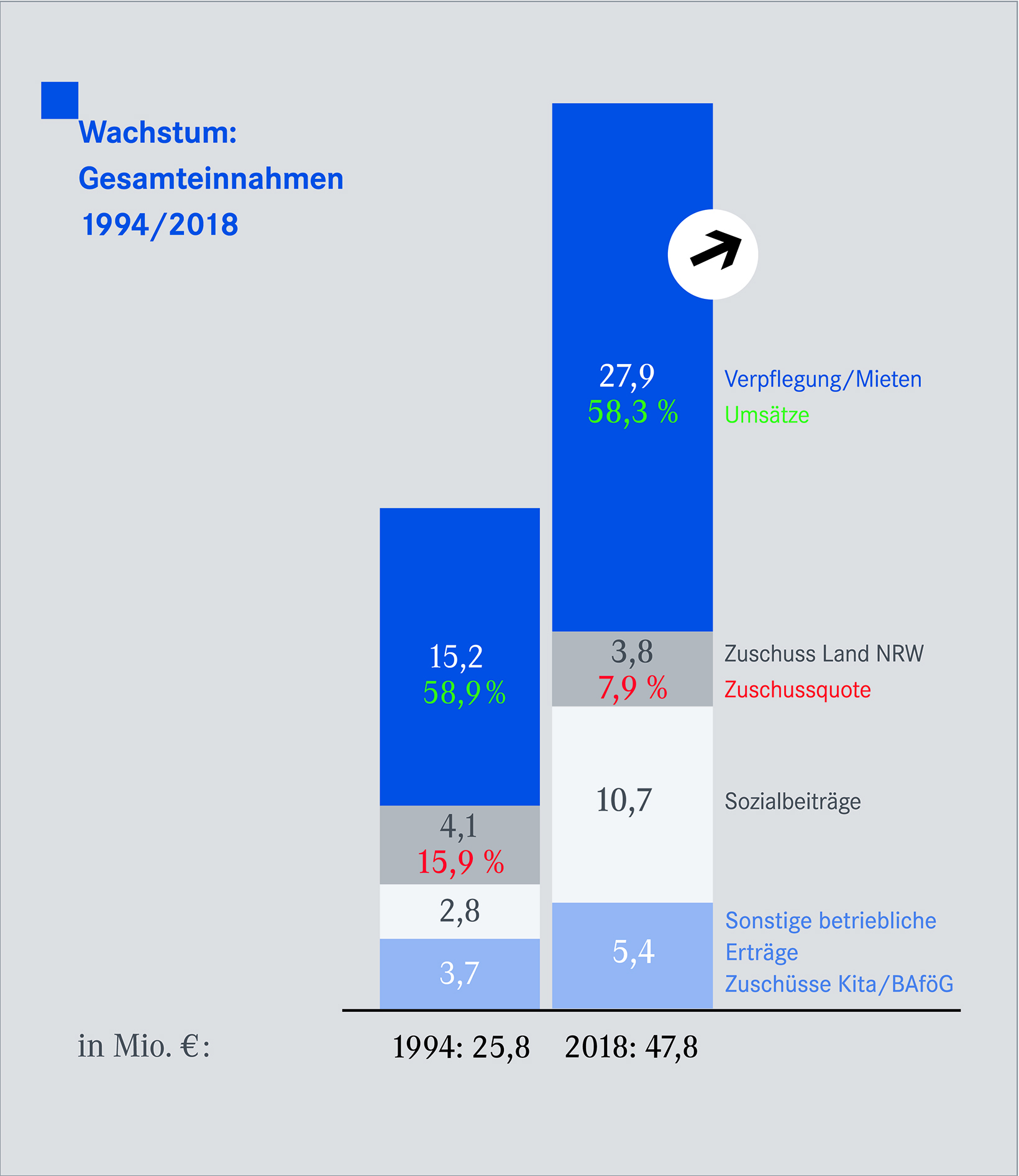 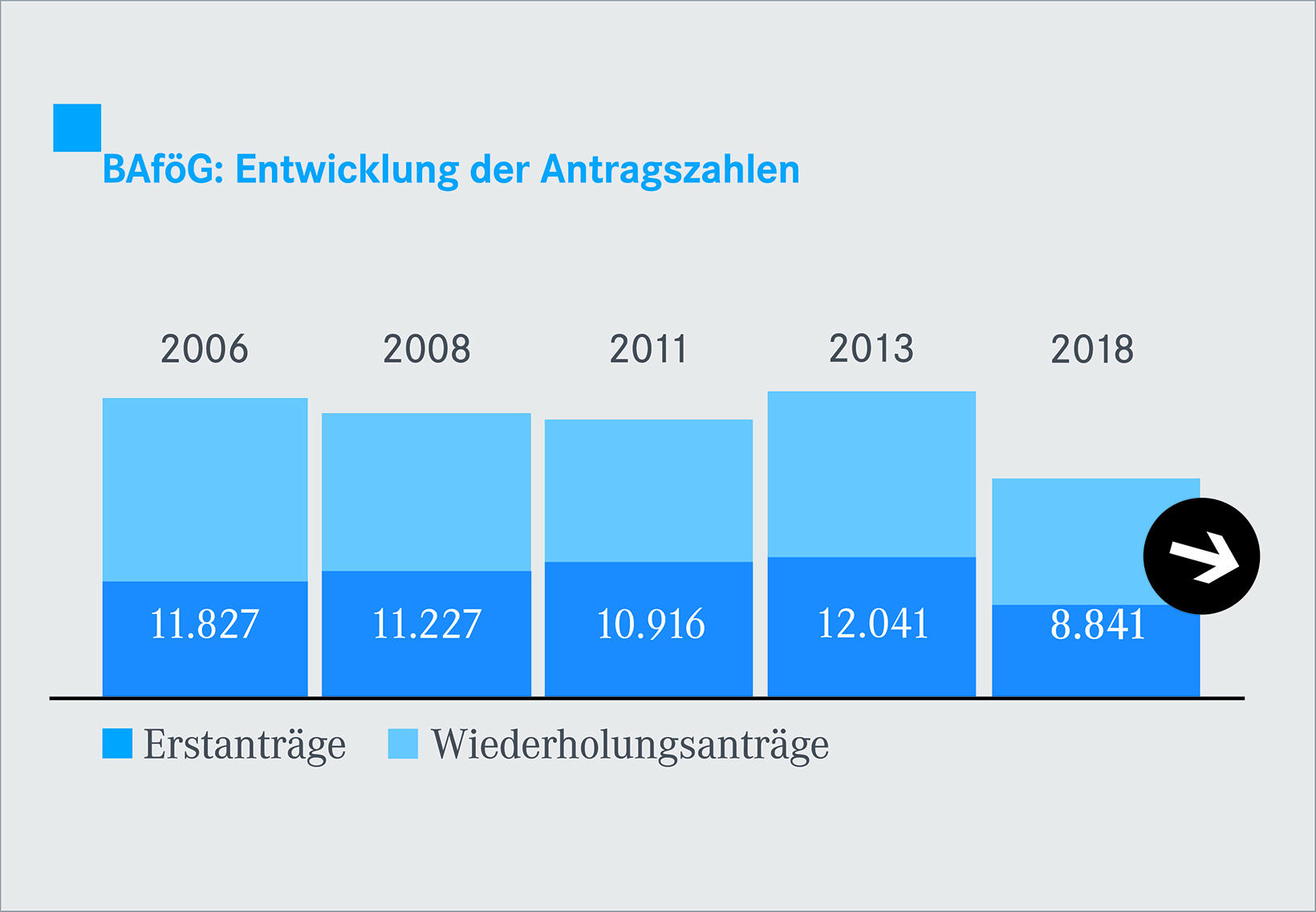 Thanks to BAföG (i.e. the Federal Education and Training Assistance Act), more than 4 million people have been able to study since 1971 (DSW - German Student Support Services statistics) and even in 2019, educational opportunities are still not equally distributed in Germany. For example, 77 out of 100 children of academics start university, while only 23 out of 100 children from working class families go on to study. Demand rates will be raised by 5 per cent in 2019 and then again by 2 per cent in 2020. This will significantly increase the individual support amounts: previously, the maximum rate of BAföG funding was 735 euros. Since August 1st, 2019, it is 853 euros, and for the winter semester 2020/2021, the maximum rate will be 861 euros.